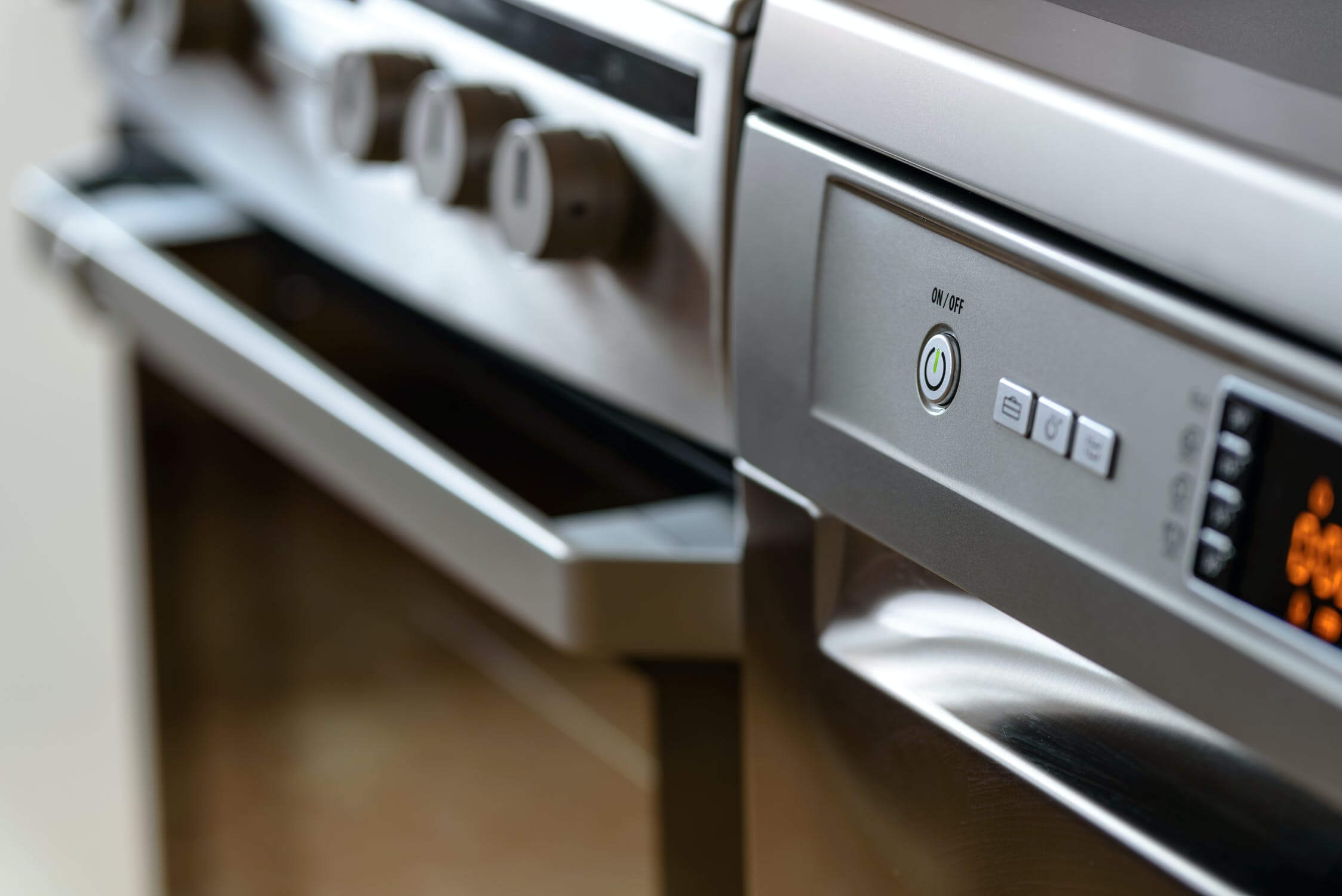 The home appliance industry has steadily been growing year after year. While the Covid-19 pandemic caused a widening of the supply and demand gap (but not necessarily a negative trend in overall growth), the market is bouncing back steadily. Keep reading for the most up-to-date statistics on this industry.

1. Midea Group Co. Ltd was the global leader in the manufacturing of home appliance sales with $40.5 billion in revenue in 2020.

Midea Group Co. Ltd has a presence in 195 countries and has 21 production facilities. Their products are considered the top of the line all around the world.

That is a 32% increase from the previous year.

However, one thing to keep in mind is the pandemic - sales in 2019 were stifled because of it.

Although the pandemic stifled sales, the industry continued strong and may have benefited from the pandemic.

5. The estimated CAGR of the global home appliance market is >4% over the next 5 years.

The industry is expected to top $500 billion USD by 2023. A large reason for this is all the technological advancements that are being made to appliances, especially smart appliances.

The United States is a major player in the home appliances industry. Most of the consumer end sales happen in the U.S.

It's interesting to note that the U.S. has the highest number of home appliances sold, but these sales were mostly small appliances.

That's over 86% of the total home appliance sales in the world.

8. Of the appliances sold in the U.S. in 2020, around 56.6 million of them were major household appliances.

That means that small appliances are dominating the market by volume (not necessarily revenue).

9. Over 10% of American households have at least one smart appliance.

This may seem low, but 69% of American households have some type of smart technology - just not necessarily appliances. The percentage of homes with smart appliances is steadily growing.

10. Whirlpool is the largest U.S.-based appliance manufacturer with an annual revenue of over $19 billion in 2020.

Whirlpool is a company in the home appliance industry that is dominating the industry, and is expected to continue growing year by year.

Out of this number, around 40% of them are single-serve coffeemakers.

However, almost 20% of these households don't use the dishwasher.

Some appliances are extremely popular around the globe while others seem to be more regional. Looking at the statistics, it's easy to see that certain appliances are more valued in some countries than others and it's likely due to cultural differences.

13. Refrigerators are one of the top selling appliances.

While refrigerators aren't the top selling appliance in the United States, millions of them are sold every year by consumers all across the U.S.

16. The major cooking appliances segment generated around $87.8 billion revenue in 2020.

Other major cooking appliances came close to the refrigerator revenue.

17. Over 90% of households in Brazil, Spain, the UK, Italy, Russia, Germany, Turkey, and Argentina own some type of cooker or oven.

Everyone has to eat, but despite this major cooking appliances aren't popular everywhere. By contrast, only about 50% of households in Japan own one.

Dishwashers aren't as popular as other major appliances and only contribute about 1.4% to the global home appliance revenue.

19. Dishwashers generate an average annual revenue of around $2 billion in the U.S.

That's only about 3.8% of the home appliance revenue for the United States, but about 31.8% of the total global dishwasher revenue.

This region beat out the U.S. by a very small, almost insignificant amount.

Washers and dryers are very popular, but sales experienced quite a decline due to the pandemic.

Besides the pandemic year, washer/dryer sales have steadily continued to move in the positive direction over the last few years.

24. More than 80% of U.S. households own a washer and/or dryer, making washers and dryers very popular in the U.S.

In France, 94.2% of households have a washing machine and/or dryer.

In Germany, 96.4% of households have a washer and/or dryer.

In China, 94% of households have a washing machine but only one percent have dryers.

By contrast, only about 13% of households in India own a washing machine.

25. Coffeemakers are one of the top selling small appliances.

The estimated CAGR of the coffeemaker segment is 7.3% over the next five years.

26. Over 80% of households in Austria, Germany, France, Sweden and Spain owns a coffeemaker.

27. Only about 33% of households in Japan have a coffeemaker.

A lot of this has to do with the fact that tea is so popular in the Japanese culture.

However, coffee has slowly been making its mark there over the past few years.

Across the pond, coffee is a major market in the United States.

30. The estimated CAGR of the microwave segment is 1.7% over next 5 years.

Microwaves are extremely popular in the United States. By contrast, only 4% of homes in India have a microwave.

Over the last decade, air fryers have been making their mark in the small appliance market.

The majority of air fryer sales occur in the United States.

There are hundreds of appliance manufacturers in the world, but six of them dominate the market. These six are some of the most popular names out there and they own several smaller brands that people are familiar with. Here are some interesting statistics on each of these companies.

Haier is another Chinese company that had the second highest annual revenue in 2020. The company launched in Qingdao, China in 1984.

They acquired the popular U.S. brand, GE (just the appliances division) in 2016.

Whirlpool, the top American appliance company, is third on the list for annual revenue. The company was launched in Benton Harbor, Michigan in 1911. Whirlpool owns many of the well-known American brands such as Maytag, Amana, and Jenn-Air.

39. LG's appliances generated the company an annual revenue of over $19 billion in 2020.

LG is a brand that was launched in Yeonji-dong, Busan, South Korea in 1958. LG is produces more than appliances. They produce a full line of electronics and are well known for their televisions.

BSH Home Appliances is a German brand that has officially been in operation since 1972. BSH stands for Bosch and Siemens Hausgeräte. Many people are familiar with the Bosch and Siemens brands, rather than BSH.

Electrolux was launched in Stockholm, Sweden in 1919. The name of the parent company is AB Electrolux of Sweden, but their American brand is simply known as Electrolux. This company acquired Frigidaire, a popular American brands.

The evolution of appliances is an interesting topic. The same appliances that are used in homes today are the same ones that have been used since appliances have been developed - refrigerators, microwaves, vacuum cleaners, etc.

There are a few new items that have come out in recent years like the air fryer and the single-serve coffeemaker. What makes appliances stand out year after year is the technological upgrades that refresh these appliances and keep them modern.

Refrigerators bring in the most money of any type of appliance.

43. Single-door refrigerators are the most widely used door type around the globe.

However, the most popular type in the United States is the top freezer style. This is due to the low cost of these types of refrigerators.

44. Asia-Pacific is the leading region in home appliance manufacturing.

This is because three of the top six appliance companies in the world (including the top two) are in this region.

45. North America is the leading region in home appliance sales.

The United States is responsible for the majority of these sales.

The trend of imports has steadily gone up over the past decade, although there was a slight dip in 2019 due to the pandemic.

47. Whirlpool is the most popular washing machine brand in North America.

This is likely due to the fact that this company is one of the few remaining American-based appliance manufacturing companies. Besides the flagship brand, the company has 15 other brands under it's umbrella.

Smart appliances are changing the appliance industry phenomenally. Many manufacturers are ahead of the game when it comes to this major technological advancement.

48. Smart appliances only made up about 7% of the total global home appliance revenue in 2020.

However, analysts expect this market segment to grow exponentially over the next few years.

50. One of the world's first commercially-available (and successful) smart appliances was the Electrolux Trilobite ZA1.

This was a robotic vacuum cleaner that was released in 2001.

51. The first version of the Trilobite did not have infrared sensors.

However, the second version, the ZA2 (Mark 2) had these sensors which kept the robot from bumping into most things or falling down stairs.

52. In 2002, a private company called iRobot released a robotic vacuum cleaner that was much better than the Tribolite.

Since then, iRobot has become the world's most popular smart vacuum cleaner. They've released dozens of improved versions and robotic mops over the years.

53. Founded by Massachusetts Institute of Technology roboticists in 1990, iRobot had already been manufacturing robots for space exploration and marine exploration.

54. The smart refrigerator market reached an annual revenue of around $2.5 billion in 2021.

This market segment is expected to see exponential growth over the next few years.

55. One of the world's first smart refrigerators, the Internet Digital DIOS, was released by LG in 2000.

56. In 2021, Haier revealed their new Internet of Food smart refrigerator.

This appliance is compliant with 22 Chinese national and IEC standards. It features a host of smart features, including facial, voice, and image recognition to identify individual family members.

57. The Internet of Food smart refrigerator will have the ability to stream cooking lessons from professional chefs.

The expected CAGR of these washing machines over the next several years is a whopping 20.5%.

They are popular due to their large capacity and energy efficiency.

60. Out of the front-load smart washing machines sold in 2019, the most popular size was the 6-10 kg capacity machines.

These made up over 65% of front-load smart washing machine sales.

61. China has the largest share of the smart washing machine market at 59.6%.

62. North America has the second largest share of the smart washing machine market at 26 percent.

You've just read some of the most interesting and up-to-date statistics about the home appliance industry. If you have more questions or any request, please reach out to us at [email protected]