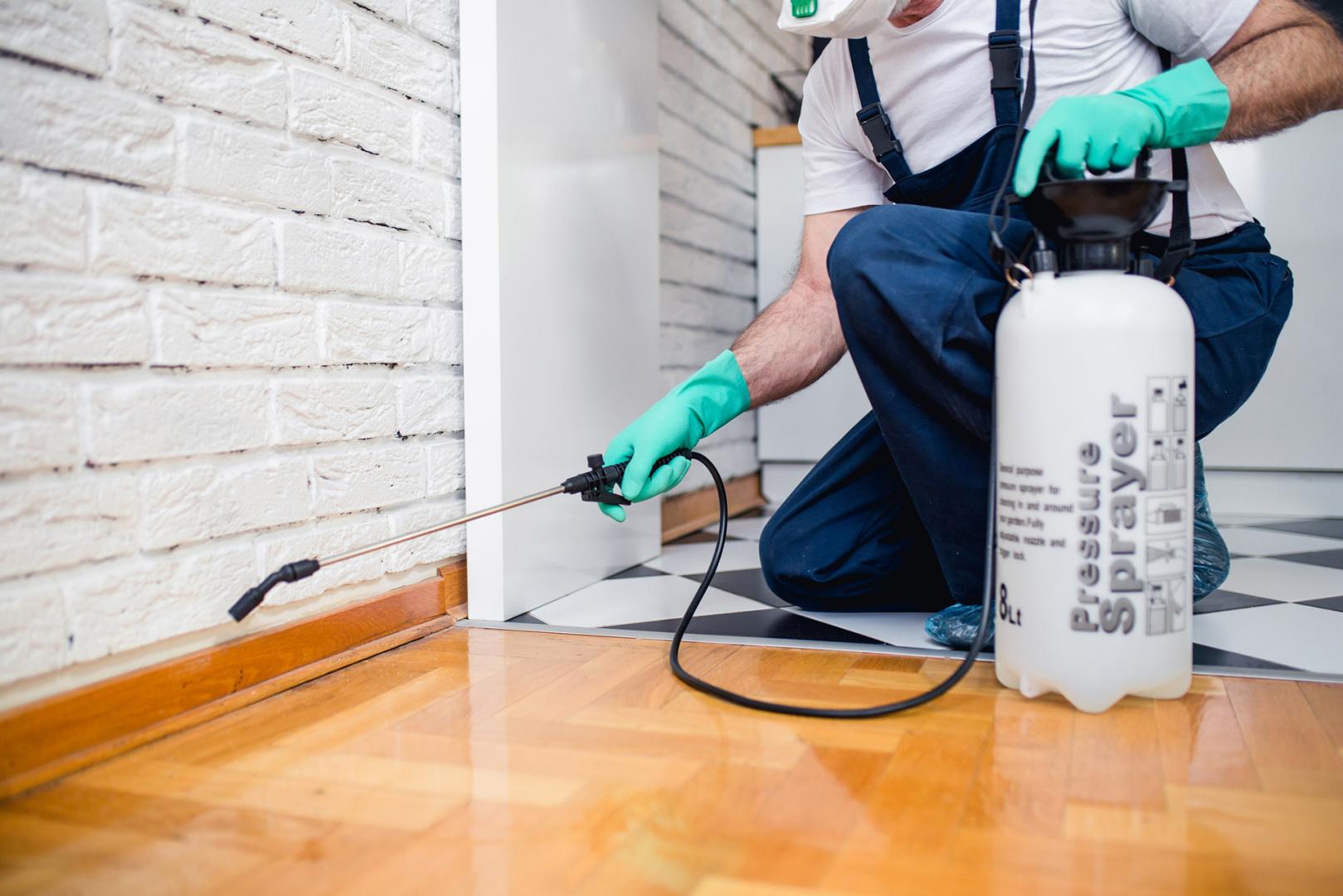 The most updated list of must-know statistics on the pest control and termite industries.

Let’s take a look at some of the statistics of the pest control industry in the United States. In this section, I’ll cover how the industry has grown over the past five years, how COVID affected that growth, and how the industry is projected to grow through 2026.

The pest control industry market size is valued at $22.7 billion. The industry is growing by a CAGR of 6.31%, and it will continue to grow over the coming years.

The industry will grow by over $12 billion between 2019 and 2027. Why is the pest control industry growing so drastically? Here are several possible reasons.

According to the World Health Organization, over 17% of diseases currently are vector-borne. Pests are causing the spread of more disease, and in turn, the pest control market is rising.

The rise of the global population is contributing to more crowded and packed urban environments, which in turn is causing an increased awareness of pests in cities.

For instance, there are 2 million rats currently in New York City. Rising awareness on hygiene practices in these cities is leading to more demand for pest control products and services.

The above chart shows rat sightings in New York City from 2010 to 2017. Note that 2017 statistics did not include the full year, so there likely was still an increase in that year.

Effects of Covid-19 on the Pest Control Industry

However, homes continued to have pest control problems, and so the home pest control industry remained strong. Overall, the industry had a market size value of $20.1 billion in 2020.

What are the Greatest Challenges to Pest Control Businesses?

There are 26,659 pest control businesses in the U.S. Out of all these businesses, here are some of the largest challenges.

In a survey conducted in 2018, respondents reported the following issues as the biggest challenges to their businesses:

22.6 percent reported “finding or keeping good employees” as the greatest challenge to their pest control business. This is a fascinating statistic, as there are 141,327 people employed in the pest control industry!

14.5 percent of respondents reported “gaining new customers” as the most difficult part of running the business.

Another challenge reported by respondents was their termite control business.

Only four out of ten (43.8%) of respondents expect their termite control businesses to increase. Respondents cited “sluggish existing home sales” as a reason for their termite business remaining the same or decreasing.

How Much Money do Top Pest Control Companies Make?

Rollins, which is based in Atlanta, Georgia, tops the list for largest pest control company, bringing in $2,015 million in 2019. The company owns several subsidiaries, including Western Pest Services, TruTech, and Critter Control.

Overall, I certainly expect the U.S. pest control industry to grow, including after the Covid-19 pandemic.

After all, Covid-19 cannot stop pests from infesting homes, and with the U.S. economy currently continuing to rebuild itself following the worst parts of the pandemic, pest control companies will grow their client base quite a bit in the coming years.

While the top pest control companies such as Rollins and Ecolab will likely stay at the top (each bringing in well over $500 million), other companies will likely continue to grow as well.

Key Takeaway: The pest control industry is growing quickly. Rising urbanization and growing concern over diseases will likely make up for negative impacts on the industry, such as Covid-19 and slow home sales.

Here we will explore how termites affect U.S. homes. I will discuss the damage termites cause, how much it costs to repair, and the size of the termite control industry.

Damage to Homes by Termites

In the United States, termites are a leading cause of home damage, affecting approximately 600,000 U.S. homes each year. American residents spend an estimated $5 billion annually to deal with termite infestations and damage to homes.

Each year, termites in the U.S. cause approximately $30 billion in damage to non-residential sites such as crops and man-made structures. Most insurance companies cover $0 in termite damage.

Which Substances are Most Commonly Used for Post-Construction Termite Jobs?

Post-construction treatments are treatments which are conducted as a preventative measure to established structures without a termite infestation.

An estimated 56.4% of post-construction termite jobs were completed mainly with liquid termiticides in 2017.

36.4 percent of respondents in 2017 reported that their post-construction termite jobs were completed on structures with no termites present.

Key Takeaway: Termites cause significant damage to both homes and businesses in the U.S. Termite control services have several categories, including post-construction termite jobs which take place before termite infestation. Both post-construction jobs and termite damage jobs are profitable.

We’ve looked at the general pest control industry and we’ve looked at termites, but what about bed bugs and mosquitoes? These common pests are growing in their need for extermination.

For instance, service revenue from mosquito control services increased 22.8 percent from 2017 to 2018. Let’s have a look at some other stats in the bed bug and mosquito extermination industry!

How Much Revenue Does Bed Bug Control Generate?

Throughout the United States, service revenue generated from bed bug control increased to $644.7 million. According to Gary Curl, founder and president of PCT, approximately 1,046,440 bed bug control jobs were completed in the U.S. in 2017.

As of 2017, bed bug control jobs are increasing. Bed bug jobs increased by 15.3 percent compared to the previous year, when 907,875 jobs were completed.

What is the Fastest Growing Pest Segment?

As of 2017, mosquitoes are the fastest growing pest segment. They require increasingly more experts to exterminate or control them. In 2017, service revenue for mosquitoes increased by 22.8 percent. That is a 7.5 percent larger increase in revenue from mosquitoes than bed bugs in the same year.

How Much Revenue Does Mosquito Control Generate?

In 2019, mosquito control services generated an average of 18.3 percent of total revenue at pest control companies.

Key Takeaway: Companies offering mosquito control and bed bug control services are rapidly increasing their revenue for these services every year. Bed bugs and mosquitoes and becoming larger issues that people are both more aware of and more inclined to control. The result? Profit for pest control companies!

Let’s have a look at statistics around the most common pest! The ant control market will grow at a CAGR of 24.76% from 2020 to 2027. Read on for more statistics…

What is the Value of the Ant Control Market?

How much more of company revenue actually comes from ant control? Let’s look at the numbers.

As shown in the chart above, ant control accounts for 8% more revenue on average in pest control businesses than the next most, rodents.

What are the Most Common Control Measures Taken to Manage Ants in Homes and Businesses?

Various methods are used for controlling ants, according to the 2018 State of the Ant Control Market Survey. For 86%, the primary control measure was pesticide applications. The top preferred pesticide formulations used were:

As shown in the table above, ant gel bait is by far the most common pesticide formulation for ant control, beating out the second most common by 35%.

Other services offered for ant control include sanitation, exclusion and vacuuming.

That is all for this list of pest control and termite statistics.

Putting together this list was fascinating and enjoyable, and I hope you took something useful away from it.